Wilbert B. Smith and Project Magnet 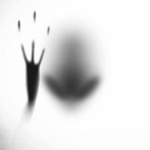 Wilbert B. Smith was a Senior Radio Engineer with the Canadian Broadcast and Measurements Section of the Department of Transport, had a Master’s Degree in Electrical Engineering and held several patents. In December of 1950, the Canadian government started it’s investigation into the UFO phenomenon with the creation of “Project Magnet”, a classified project headed by Wilbert B. Smith, which ran for four years.

The following is a declassified “Top Secret” document obtained from the University of Ottawa Library archives by Nick Balaskas.

Geo-Magnetics
(Ottawa, Ont., November 24, 1950)
Memorandum to the Controller of Telecommunications:

For the past several years we have been engaged in the study of various aspects of radio wave propagation. The vagaries of this phenomenon have led us into the fields of aurora, cosmic radiation, atmospheric radio-activity, and geo-magnetism. In the case of geo-magnetics our investigations have contributed little to our knowledge of radio wave propagation as yet, but nevertheless have indicated several avenues of investigation which may well be explored with profit. For example, we are on the track of a means whereby the potential energy of the earth’s magnetic field may be abstracted and used.

On the basis of theoretical considerations a small and very crude experimental unit was constructed approximately a year ago and tested in our Standards Laboratory. The tests were essentially successful in that sufficient energy was abstracted from the earth’s field to operate a voltmeter, approximately 50 millivolts. Although this unit was far from being self-sustaining, it nevertheless demonstrated the soundness of the basic principles in a qualitative manner and provided useful data for the design of a better unit.

The design is now completed for a unit which should be self-sustaining and in addition provide a small surplus of power. Such a unit, in addition to functioning as a “pilot power plant” should be large enough to permit the study of the various reaction forces which are expected to develop.

We believe that we are on the track of something which may well prove to be the introduction of a new technology. The existence of a different technology is borne out by the investigations which are being carried on at the present time in relation to flying saucers.

While in Washington attending the NARB Conference, two books were released, one titled “Behind the Flying Saucers” by Frank Scully, and the other “The Flying Saucers are Real” by Donald Keyhoe. Both books deal mostly with the sightings of unidentified objects and both books claim that flying object were of extra-terrestrial  origin and might well be space ships from another planet. Scully claimed that the preliminary studies of one saucer that fell into the hands of the united States Government indicated that they operated on some hitherto unknown magnetic principles. It appeared to me that our own work in geo-magnetics might well be the linkage between our technology and the technology by which the saucers are designed and operated. If it is assumed that our geo-magnetic investigations are in the right direction, the theory of operation of the saucers becomes quite straightforward, with all observed features explained qualitatively and quantitatively.

I made discrete inquiries through the Canadian Embassy staff in Washington who were able to obtain for me the following information;

a. The matter is the most highly classified subject in the United States Government, rating higher even than the H-bomb,

c. Their modus operandi is unknown but concentrated effort is being made by a small group headed by Dr. Vannavar Bush.

d. The entire matter is considered by the United States authorities to be of tremendous significance.

I was further informed that the United States authorities are investigating along quite a number of lines which might possibly be related to the saucers such as mental phenomena and I gather that they are not doing to well since they indicated that if Canada s doing anything at all in geo-magnetics they would welcome a discussion with suitably accredited Canadians.

While I am not yet in a position to say that we have solved even the first problems in geo-magnetic energy release, I feel that the correlation between our basic theory and the available information on sauces checks too closely to be mere coincidence. It is my honest opinion that we are on the right track and are fairly close to at least some of the answers.

I do not feel that we have as yet sufficient data to place before Defense Research Board which would enable a program to be initiated within  organization, but I do feel that further research is necessary and I would prefer to see it done within the framework of our own organization with, of course, full cooperation and exchange of information with other interested bodies.

I discussed this matter fully with Dr Solandt, Chairman of Defense Research Board. On Novemebr 20th and placed before him as much information as I have been able to gather to date. Dr Solandt agreed that work on geo-magnetic energy should go forward as rapidly as possible and offered full cooperation of his Board in providing laboratory facilities, acquisition of necessary items of equipment, and specialized personnel for incidental work in the project. I indicated to Dr Solandt that we would prefer to keep the project within the Department of transport for the time being until we have obtained sufficient information to permit a complete assessment of the value of the work.

It is therefore recommended that a Projet be set up within the framework of this Section to study this problem and that the work be carried on a part time basis until such time as sufficient tangible results can be seen to warrant more definitive action. Cost of the program in its initial stages are expected to be less than a few hundred dollars and can be carried by our Radio Standards Lab appropriation.

Attached hereto is a draft of terms of reference for such a project which, if authorized, will enable us to proceed with this research work within our own organization.

This project is for the purpose of studying magnetic phenomena, particularly those phenomena resulting from unusual boundary conditions in the basic electromagnetic field. There is reason to believe their discovery will open up a new and useful technology.

The initial organization shall be as small as practical and composed of personnel who are used to working together, including so far as possible a variety of research abilities. Laboratory facilities are to be drawn from existing facilities so far as possible. Overall responsibility for the project shall rest with the engineer-in-charge, who shall delegate such responsibility to subordinates as maybe required to carry out the project.

The initial program shall include the following avenues of investigations, to which others may be added from time top time as may appear expedient.

1. Theoretical study of electromagnetic radiation assuming boundary conditions different from those upon which the conventional theory was developed.

4. Investigation of the propagation of magnetic wave motion in magnetic materials.

5. Investigate the possibility of producing, an effect, a “sink” in a magnetic field.

7. Investigate the effects of a magnetic field on a rotating curviplaner metallic object.

Full coordination is to be maintained, within security regulations, with other groups working on a parallel or associated problems. Project reports will be available on a classified basis to suitably accredited groups of individuals.

As in the case with most fields of research, it is impossible to assess the results in advance, which might be obtained through this project. However, there exist certain suspicions that the lesser-known and little explored aspects of magnetism may hold the key to a new and significant technology. Consequently, it is intended to classify this work in it entirety until such time as it can be assessed for its impact on our civilization.

This site uses Akismet to reduce spam. Learn how your comment data is processed.